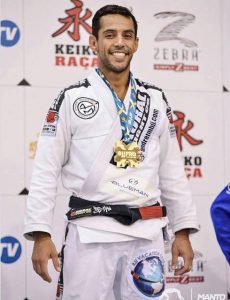 Andre Monteiro, also known as “Tim”, is a Brazilian Jiu Jitsu black belt 4th degree, from the Carlson Gracie lineage (under Francisco “Toco”) who has medalled in important tournaments such as the World Masters championship, European championship,  Pan American (Gi and Nogi) and the Brazilian Nationals. Andre Monteiro is also a renowned coach, having built his career in from the United States a country he moved to in 2008. Andre “Tim” Monteiro is from Rio De Janeiro, Brazil. He was introduced to Brazilian Jiu Jitsu in 1992, at the New Generation Academy, where he became a top student and trained for competitions. Currently Andre has over 37 affiliated schools around the world and owns  A-Force Brazilian Jiu Jitsu Academy in Great Neck, Queens, New York.

At age 17, Andre earned a sports scholarship to attend Gama Filho University, eventually earning his degree in physical therapy. Andre earned his black belt in 2003 and began teaching Brazilian jiu jitsu seminars throughout Brazil, Europe and the United States. During his years practicing Brazilian jiu-jitsu, he has always competed in the most highly regarded competitions. 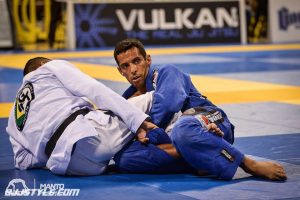